Aurora Botnia to utilise evacuation systems instead of lifeboats

Rauma Marine Constructions’ shipyard in Rauma is currently constructing Wasaline’s new car and passenger ferry Aurora Botnia. Instead of lifeboats, the ship safety setup will be based on two marine evacuation systems supplied by Viking Life-Saving Equipment. In case of an emergency, the systems can be deployed in just 90 seconds and save more than 1,100 lives in less than 30 minutes. One of the evacuation systems was successfully tested at the shipyard in Rauma on Wednesday, March 24.

The construction of the car and passenger ferry Aurora Botnia is at a high level of activity at Rauma Marine Constructions’ shipyard in Rauma.

Instead of lifeboats, Aurora Botnia will utilise two evacuation systems as safety equipment, that can be launched from the deck of the ship. The systems are based on an evacuation chute and an automatically inflatable liferaft. Once the life raft has been deployed, evacuating passengers can quickly slide to safety  through the evacuation chute.

Compared to a lifeboat, a marine evacuation system has many advantages: it takes up little space, it can be deployed in a very short time, it has a high capacity, and it enables quick rescue operations.

“A ship the size of Aurora Botnia would need about six to eight traditional lifeboats. One lifeboat would accommodate a maximum of 150 passengers and its deployment would take about 10 minutes and require the assistance of four people. Only two evacuation systems are needed on board and it only takes about 90 seconds for one to two people to deploy one system. Aurora Botnia is the first Finnish passenger ship to completely replace lifeboats with evacuation systems”, says Peter Ståhlberg, Managing Director of Wasaline.

One of the ship’s evacuation systems was successfully tested on Wednesday, March 24, at RMC’s shipyard in Rauma.

“Testing went well and we detected no technical issues. Some 20 people were rescued very quickly with the use of the system”, says Johanna Kaijo, Project Manager of Aurora Botnia at Rauma Marine Constructions.

Aurora Botnia, which will be completed this spring, will operate a route between the Finnish city of Vaasa and the Swedish city of Umeå. The ship will be the most environmentally friendly car and passenger ferry in the world.

Owned by Kvarken Link Oy, Wasaline is the northernmost shipping company that transports passengers and cargo daily between Vaasa, Finland and Umeå, Sweden. Wasaline’s new vessel, under construction in Rauma, will be delivered in spring 2021. For more information: www.wasaline.com.

Rauma Marine Constructions (RMC) is one of the leading shipbuilding companies in Europe. RMC was formed in the summer of 2014 in Rauma and is wholly Finnish-owned. RMC specialises in building and servicing multipurpose icebreakers, car and passenger ferries and naval vessels. More information is available at www.rmcfinland.fi 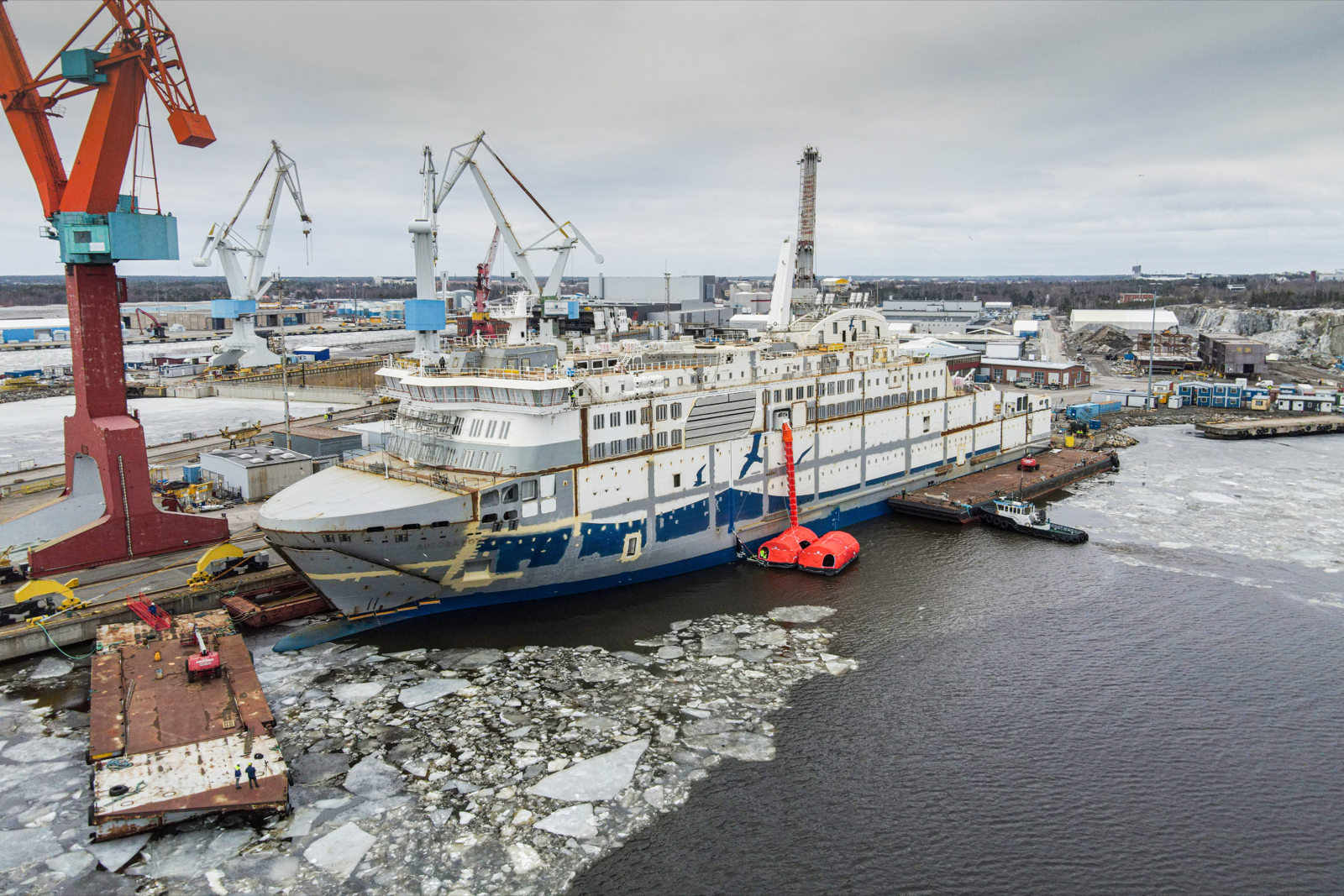 By continuing to browse the site, you are agreeing to our use of cookies.

We may request cookies to be set on your device. We use cookies to let us know when you visit our websites, how you interact with us, to enrich your user experience, and to customize your relationship with our website.

Click on the different category headings to find out more. You can also change some of your preferences. Note that blocking some types of cookies may impact your experience on our websites and the services we are able to offer.

These cookies are strictly necessary to provide you with services available through our website and to use some of its features.

Because these cookies are strictly necessary to deliver the website, refuseing them will have impact how our site functions. You always can block or delete cookies by changing your browser settings and force blocking all cookies on this website. But this will always prompt you to accept/refuse cookies when revisiting our site.

We fully respect if you want to refuse cookies but to avoid asking you again and again kindly allow us to store a cookie for that. You are free to opt out any time or opt in for other cookies to get a better experience. If you refuse cookies we will remove all set cookies in our domain.

We provide you with a list of stored cookies on your computer in our domain so you can check what we stored. Due to security reasons we are not able to show or modify cookies from other domains. You can check these in your browser security settings.

We also use different external services like Google Webfonts, Google Maps, and external Video providers. Since these providers may collect personal data like your IP address we allow you to block them here. Please be aware that this might heavily reduce the functionality and appearance of our site. Changes will take effect once you reload the page.